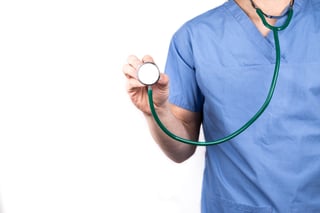 The Sustainable Growth Rate (SGR) formula for CMS payments to physicians for services provided to Medicare patients was finally done away with in early 2015. Its demise was generally applauded because it resulted in the end of annual “doc fix” which was a way to keep from reducing the overall medicare payments to physicians.

However, the applause by physicians may have been premature.  The resulting payment schedule came with a set of performance based positive and negative incentives called the Merit-Based Incentive Payment System (MIPS). This payment system was designed to replace the PQRS (Physician Quality Reporting System), the Value Modifier Program and Medicare’s Electronic Health Record (EHR) - commonly referred to as EMR (electronic medical record) - incentive programs.  The whole idea is to move from a volume-based, fee-for-service, reimbursement model to a value-based program tied to outcomes.

The problem is that this new reimbursement program, the Medicare Access and CHIP Reauthorization Act of 2015 (MACRA) is not well known by the providers it is supposed to benefit.  According to this Becker’s Hospital CFO article earlier this year, less than 50% of non-pediatric physicians participating in a survey by Deloitte's Center for Health Solutions had even heard of MACRA.  Those who did know about it were more likely to be those that were self-employed or affiliated with an independently owned medical practice.

So, if this is The 2nd Best Kept Secret in Healthcare, you might well ask, “What is 1st?”. That is another issue altogether.

Congress has allocated $100,000,000.00 - yep, one hundred million dollars - to be spent in educating solo physicians and small group practices on how to utilize MACRA, at the rate of twenty million dollars ($20,000,000.00) per year for the next five years. As stated in this FierceHealthcare article.

The 1st Best Kept Secret in Healthcare is where can a solo physician or small group practice go to find this hands-on training? Who, or what organizations, are going to receive that government funding to provide this education, or as CMS calls it, the MACRA Quality Improvement Direct Technical Assistance (MQIDTA) program.  As yet, this “hands-on training” is not available, nor do we know what “qualified contractors” will be receiving these contracts.

Supposedly, an announcement of the awarding of these contracts will be made in November of this year, just one month shy of the beginning of the program in 2017; but so far, it is still a secret.

Inside MACRA: The Quality Payment Program for Physicians

What is The MACRA Quality Payment Program?