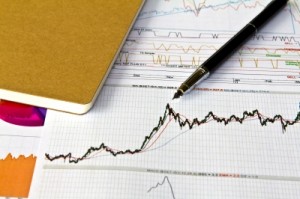 I'm a numbers girl. As I've mentioned before, I've never met an analytics report, spreadsheet, or statistic that I didn't like.

A number-backed statement not only boosts your credibility, it makes you look smart around the water cooler. (That said, I am not against a good chat about last night's Real Housewives of New York.) Don't use these stats to bore people with the numbers you've memorized, but to offer a decent perspective on the current marketplace:

This one has been growing for the past few years, because the inbound formula works well. Rather than bugging your customers with ads they don't want to see and phone calls they don't want to receive, letting them buy when and where they want to is far more effective than traditional methods.

3. Over a quarter of marketing budget (26%) is spent on content marketing

Another growing number —a lot of money once you look at all the “big players” in the field. The ratio goes a notch up for the multi-billionaire companies, but it's still around here. Imagine writing a blog for such a company. A monthly salary of a few million dollars doesn't sound bad, right? Even a few thousand for just writing a blog is fine. What is currently happening is just that – according to Oracle's child project Eloqua, the budget spent for bloggers has risen to 33% in 2012, compared to the already whopping 26% previous year.

No, that's not a typo. That's really a percentage that's way over 100%, according to Content+. From what they gathered, when you blog on your website regularly, the number of indexed pages will increase four times, while link indexing will supposedly go up 97%. Just having a blog on there is probably not enough though —you still have to blog regularly, and publish good content. Again, nothing without hard work.

Yes, seriously. Who would have thought? Again, according Forbes, publishing interesting content is one of the dominating marketing trends. Six out of ten people will follow you on social media —be it Facebook, Twitter, Google+ or any other —as long as you publish something interesting. It is, according to both sources, one of the top three things that put customers closer to your brand, and they're not only more likely to buy from you, but to recommend you onward.

This small list covers some interesting stats, and it's no coincidence they are all about content publishing. So, whats your takeaway? Focus on publishing good content, if you are looking to get anywhere with your online marketing.